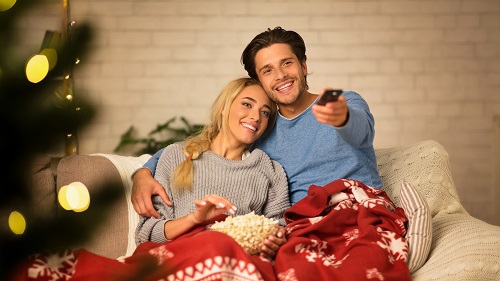 Since 2020, short films or web series have been in great demand. In addition, people have now started to invest in streaming programs like Netflix, Disney +, Hulu, FX or HBO rather than spending in a cable connection for their TV sets. Therefore, it is hard to shake the feeling that mid-2020 production had pushed a lot of good stuff just above the horizon promising a great future.

Well, the future is unstoppable! To keep up to the demand of the viewers the TV industry equipped themselves with new tricks, pumping out fresh content at a rate no mortal could hope to keep up to!

Here in the post we have listed some top-rated Television shows in this season that you can also enjoy while traveling during weekends with family or friends.

If you’re looking for something heartwarming, hilarious, and the occasional, then the higher seasons of Sex Education on Netflix are perfect. It’s even sexy in which the students at Moordale grapple with being labelled “school of sex” – and then decide to own the label.

Squid Game is a South Korean thriller that has become a worldwide sensation and the most animated new series—designed with an amazing concept in mind where selected individuals are taken to an undisclosed location, and forced to participate in a series of childhood games. At the end of the contest, the winner is allowed to walk away with billions of won.

Netflix’s latest comic book adaptation couldn’t have less to do with superheroes. The Sweet Tooth series tells the story of a half-human, half-deer boy who travels the ruined world with a hardened protector – in search of new life amid the ruins of America.

If you’re in the mood for something that pretty much counts as a warm family viewing but has an edge, don’t miss the doomsday fantasy of Sweet Tooth.

Are you looking for the comedy series to watch with your family? What we do in the shadows on FX is the kind of success most comedies rarely get. The series is about mundane vampiric life – not only does it take advantage of a critical and cultural moment in the sun, but it produces episodes that go beyond the hype.

Finally, you never know what you’re going to get with this show, except you can be pretty sure that each new episode will be funnier than the last.

Don’t let the weirdly wacky name put you off. Money Heist, or La Casa del Papel as it is called in Spanish-speaking countries, is a gripping heist drama about a group of criminals brought together by an enigmatic figure called The Professor to steal from the Royal Mint of Spain.

This series is available on Netflix. There is dense characterization with big twists and career-defining performances. However, it’s an incredible and skillful heist show that will grab you right away.

We hope you enjoyed the above Top Rated Television Shows of this season. Besides, there are other options which you can watch like The chair, WandaVision, Mare of Easttown, Maid, Only Murder in the Building, Evil, and more.

Who doesn’t love a good TV show, right?! We certainly do.